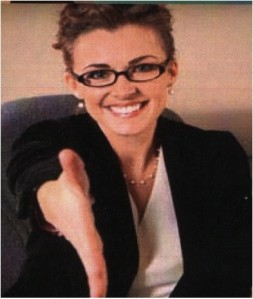 “You must be having a hard time.”

“This must be really hard for you !!!” I didn’t realize what a solid reputation I have while attending events to network and introduce people to other people. It wasn’t until I went to an event a number of years ago with laryngitis. That was when several people commented to me how hard that must be for me to not be able to talk. Really hard! That makes me realize how much work I do in the area of networking and speaking when I am introduced as the networking queen and a networking expert.

It really began while in leadership positions in various organizations. As a leader, I was expected to greet people who attended conventions, conferences, and meetings. Then it became quite natural to just pretend that I am the host of every event that I attend. Trying to help people meet others, I introduce as many people as I can to each other.

The book, The Real You, by Dr. Kevin Leman, helped me to discover some of my limiting beliefs. As the fourth born within four years in the middle in a family of six children, my natural tendency was to work hard to get noticed. Imagine how many times we were told to sit down and be quiet. So my belief was that it was good to be quiet. That was a limiting belief. It was my personality to want to talk and be active. It is a joy to know that I have a reputation of being a master networker and am rewarded for overcoming my belief that it is good to be quiet.

Identify your limiting beliefs that keep you from being the real you.

Strategy: Work with someone to help you identify your brand.